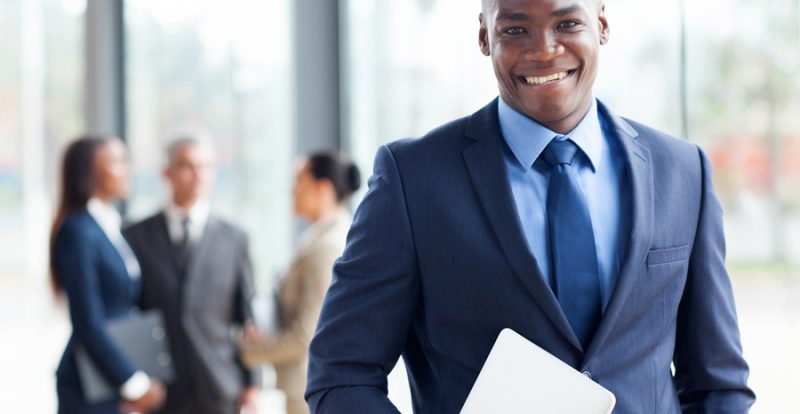 By Joy Falade
I believe leadership is in two basic contexts: good leadership and bad leadership, Good leadership is a practical skill that encircles an individual to lay a right footstep for others to follow or influencing someone to be the very best personality they can be, while, bad leadership is all about setting the wrong pattern for others, it entails corruption, lack of integrity, self centredness and many other bad attributes. I chose these two concepts because basically, there are two personalities, one can be either good or bad. The appealing thing is that in Nigeria, 80 percent of the leaders have bad traits. The funny fact is that they always seem to pass the baton to people similar in their bad ways each time. They do not give young industrious individuals a chance at leadership, which is the main reason for the country lacking development over the years. My definition of leadership before was basically what I can consider a 10 year-old’s definition of leadership, if not because of this particular aspect of this course, I wouldn’t have thought leadership was a lot more than democracy and autocracy, funny enough, I wouldn’t have realized my great potential of being a leader, but now I know that age doesn’t matter in being a leader, even some young people can be better leaders than adults, and now I view leadership as a daily lifestyle. Looking back at what I have become this far, if I am asked about the person that

influenced me the most I would confidently say my mom influenced me more than anyone has influenced me or can influence me, her impact in my life made me realise how great I can be, she always made me believe that the sky was not the apex but the starting point, no matter how high my grades were, she always made me believe that I could do way better than that. Her impact in my life is not only educationally, but also, socially, morally, spiritually and several aspects. She imbibed in me empathy skills, she gave me a broader horizon to lead myself, she made me set goals and plans on achieving my goals, When I was captain right from JSS1 to SSS2, she taught me new things I could work towards on my leadership skills, and also how I could influence my classmates, I made sure my classmates did the proper things always not only my classmates, as we all know, leadership begins from home, we corrected each other and told ourselves the bitter truth. Well I saw the world in the way it could be and not in the way it is which helped me in thinking that there can be a better version of the world at large

I don’t see Nigeria the way it is, but rather I see it as the way it could, in an essay I submitted recently, it was basically about a letter from 2030 to 2020, I didn’t see the world as it is currently, but I saw it as what it could be and I always ensure I advise people believe that some of the beautiful chapters in our lives won’t have a title until much later.

I have passion for self-improvement, that is, becoming a better person each day. I also have passions for lending a helping hand to poverty stricken people; another passion of mine of mine is acting movies. An issue that bothers me a lot is rape; it is important to me because rape is becoming a very rampant issue in the society but some rapists go away scot free and I try to look from the victim’s point of view, a life-long damage has been inflicted on them. Basically, a skill I will use is my common sense and my empathy skills, common sense is basically one of the most effective tools in solving issues in solving issues in the society, it guides one in influencing oneself and others and also my empathy skills makes me understand how rape victims feel, and also I would stand up for the rape victims by writing petitions and by making sure the rape victims get their justice. A skill I think I need to build the most is public speaking.

I lead myself my sticking to my core values that is, by abiding with values that resonate with my ideology, personality and beliefs, I also lead myself by trying new things or concepts, a leader should always be open to new developments or ideas, I also lead myself by reminiscing people I consider to be key figures in leadership like Ben Carson, Ellen Johnson Sirleaf, Nelson Mandela and some others, and learning more about leadership from their perspectives, and also as we know, what we think, we become, I lead myself by making positive thoughts and optimism my habit, another way I believe I can be a self-leader is by striving hard to be a better character of myself each day by making it a point of mine to learn something new each day, I believe i can lead myself my making a mistake but ensuring I do not make the same mistake twice, not everyone can be a great leader but one can be a better leader. I engage others by asking them questions, by feedback, I believe leadership will be successful, listening is the best route to success, I chose my leadership approach because basically, my core values are what define me so I believe I should lead myself by sticking to what I consider right or wrong. The most salient aspect of my leadership paradigm is having good communication skills and decision making capabilities since they play a very important role in determining the success or failure of a leader. A leadership paradigm I would embody is the transformational style because the leader works with team members to identify needed change and entertain new ideas and the leader also inspires and motivates their workforce without micromanaging, exemplifies moral standards within the organization and encourages the same of others Fosters an ethical work environment with clear values, priorities and standards, I believe the transformational style is the best leadership style also because it entails increasing follower’s awareness of what is good, right and wrong, it basically deals with having satisfied followers, I strongly believe it is the best leadership style.

My unique style of leadership is being a strong-willed leader with the ability to influence people positively, and being optimistic even in difficult situations and also setting an example in which people would like to portray. I would make practical use of my leadership style by practicing discipline and by learning more about it every day because I believe there is room for self-improvement each second, minute and day.

My personal mission statement is to be a pace-setter, to be known for inspiring people to be more than what they thought they could be. Basically, I chose this mission because most people believe that they cannot achieve more than they have achieved or they believe there is no moving forward, I want people to understand that being successful is not a matter of being financially stable, it doesn’t matter if you do not have influential parents, being an orphan doesn’t mean one cannot also be successful, but it is basically about thinking you could be better each day, having no limit in whatever you do, some do believe the sky’s the limit point, but no, I believe success has no limit.

Like I said earlier, I saw Nigeria as the way it could be not the way I saw it currently, I am pretty sure the way people saw a country like Nigeria currently would give them a mindset that it will deteriorate in the future and not improve. But being an optimistic leader, I believe that people can be a lot better than they already are. A flight map I would chart for the mission is just like a computer system with the input, processing and output. Initially, as a pace setter, I can start my journey by being more than what I thought I can be, recently my mindset was just to be a doctor, then I thought about Ben Carson, he saw the big picture and worked towards achieving the big picture, he faced different challenges but nonetheless, he made sure to be best in his chosen field, he was the youngest in his field of study. 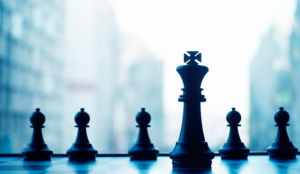 Then I had a bigger and better outlook of myself, then I made it my goal to be a doctor to be reckoned with. Well, I believe there might not be a dire need for me challenging myself to see if it is the right path or path because basically, my mission statement is like a ritual and I would have thought critically before choosing that particular path, I would think about how many lives I would influence with my mission, even if I and several people have the same mission statement, I believe I would not be a good leader if I abandon my mission, I would revisit the leadership map more often than I even go to church, because the leadership map entails the summary of my life and has the capability to make my passion more realistic, literally, my leadership map spurs me on for ultimate success and it gives me a more directional path in achieving success.

I would make myself accountable to it by reviewing my performance and by blaming any error on myself and not others and I would commit myself to make a change since I am my life’s coach, blaming others would not solve the problem but rather it will worsen the situation because the time spent on blaming others is equivalent to the time in which new ideas can be brought. I would also make myself accountable to my leadership map by developing a personal growth mindset, because the greatest investment I will ever make is myself. My personal mission statement conveys my core values and defines what I do each day, so I would make myself accountable by taking mind to reflect if what I do each day rhymes with my core values.

This reflection was written by Joy Falade, a student at Elizade University as part of the requirements for the Entrepreneurial Leadership Program delivered by The Afara Initiative.